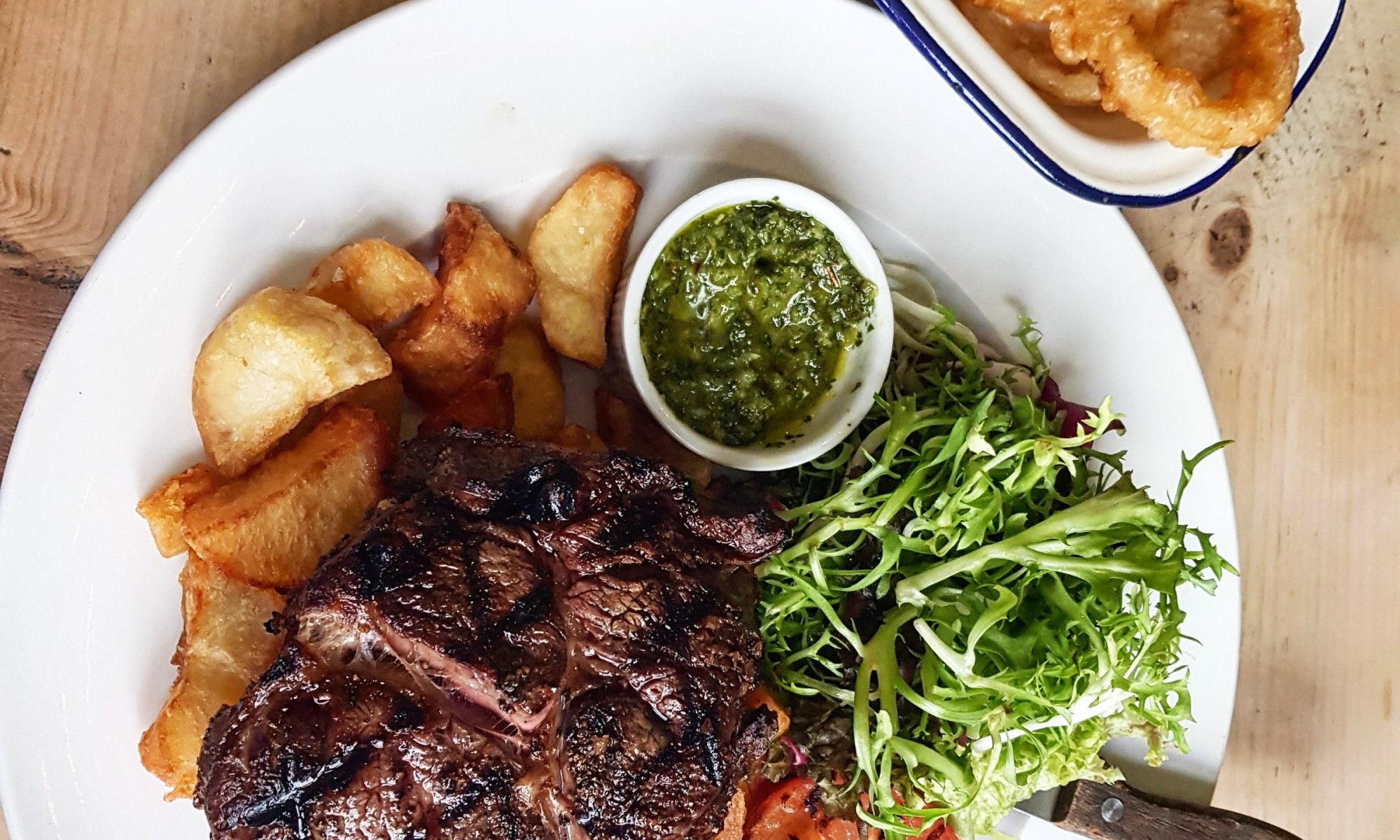 I spend criminally little time in South Bristol, it’s rare I’d just head over for an afternoons drinking or for dinner as I work in the centre and live in Bishopston. It’s just slightly too far away after work or from home to usually make the effort unless the occasion calls for it. So when Socialight invited me to go and try “The best steaks in the south of Bristol” I wasn’t about to pass up a trip over the river to find out for myself.

The Ashville is nestled on a small estate just off Coronation Road, with a smart exterior and light, airy and modern interior with plenty of seating. I decided to go for a starter of whitebait served with lemon aioli and salad from the slightly hidden specials board and was presented with a very generous and pretty portion. The whitebait were coated in a lovely light batter and fried to perfection. The salad didn’t bring much to the party and the lemon aioli did lack any lemon flavour and had a very wet constancy, however, a squeeze of the fresh lemon slice on the plate lifted everything so no great shame.

For mains, I opted for my ultimate cut, a 10oz ribeye and my pal, a rump steak These steaks come as standard with triple cooked chips, mushroom, salad and a tomato. The sauce was extra and I went for chimichurri (a South American Steak marinade and sauce comprised of finely chopped parsley, minced garlic, olive oil, oregano, red pepper flakes and red wine vinegar) and he a peppercorn. I opted for a side of onion rings too because I like onion rings.

Again the portions were incredibly generous, almost overwhelming but no complaints from me, I can and regularly eat for two or three. The steak was cooked perfectly to medium rare as I requested with an unmistakeable grilled flavour and was also seasoned really well. The fat had been rendered so no chewy, stringy bits and the meat was juicy and firm without any gristly bits. I have to admit it was certainly was up there with the other steaks I have tried in Bristol (R.I.P Cattleman’s) and I am still thinking about it almost a week later.

Sadly the sides let it down a bit.

The chips were crispy but had that tough exterior of chips that have hung around a bit, the tomato was raw and lacked any of that chargrilled goodness the steak had, the salad was undressed, bitter and again added nothing. My partner’s peppercorn sauce was very wet and lacked the punchy flavours we expected from a decent homemade sauce. The onion rings, however, were fried in a slightly sweet batter and were crispy, not too greasy and the perfect accompaniment to the steak. They definitely made up for the chips being not quite there. All of this said I polished off the lot, the steak was just that good that the sides being a bit of a let down didn’t bother me as much as it would if it had all been a bit off.

To finish my friend opted for the Eton Mess which arrived looking like a towering ice cream sundae. The huge glass dish was packed with raspberry ripple ice cream, meringue, whipped cream and plenty of fresh strawberries. Whilst not the most traditional of Eton Messes and certainly not the most sensible of desserts it was fun, sweet and couldn’t be finished.

All in all The Ashville certainly gets to hold it’s head high when it comes to the sourcing and cooking of their steaks, I just wish the trimmings had the same thought go into them.

*Please note this meal was received for free, however, this has not impacted my review nor have The Ashville seen this review before publishing*