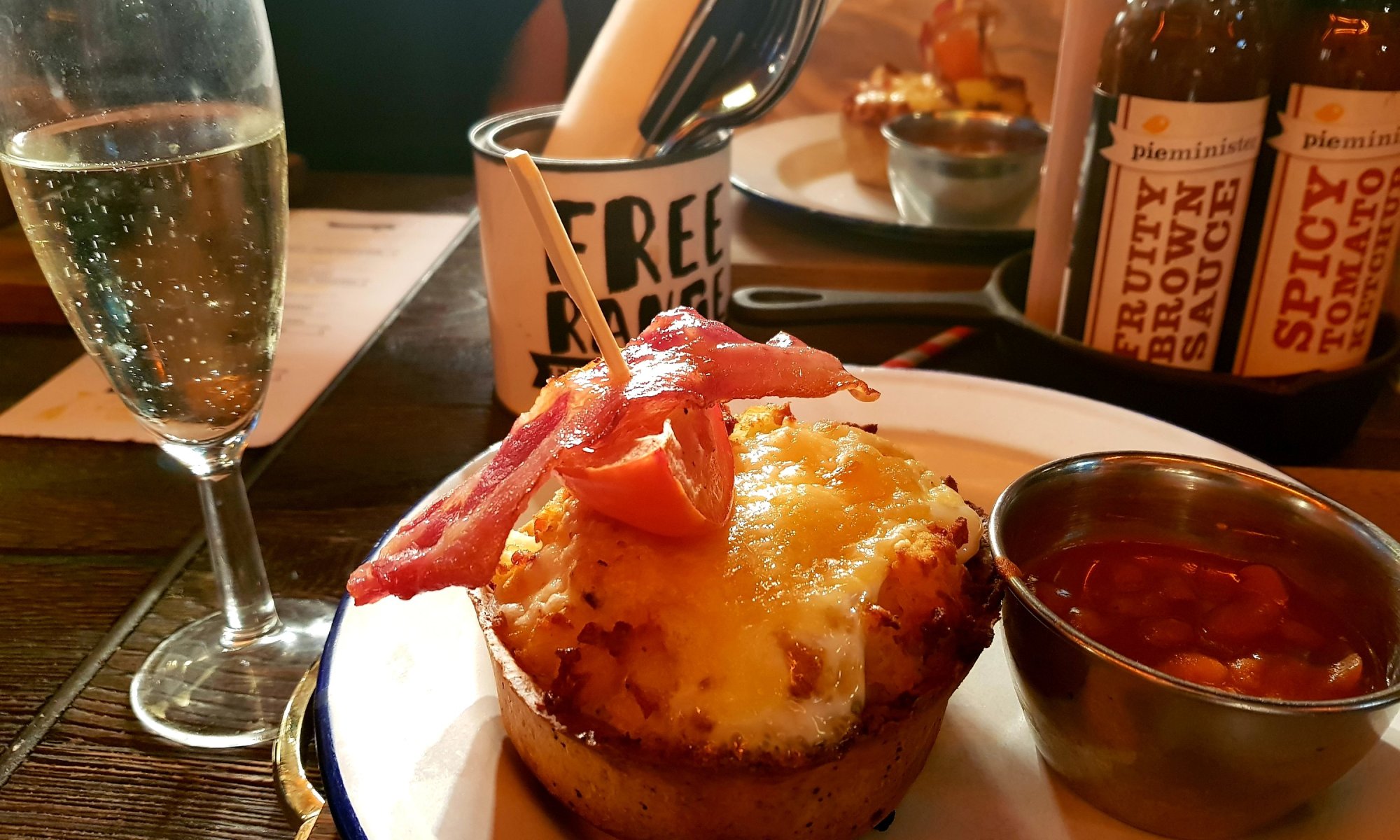 Bottomless brunches seem to show no sign of slowing down with every Tom, Dick and Harry with a kitchen and a wine fridge offering up the sort of weekend drinking that won’t have you sitting waiting for Wetherspoons to open before lunchtime.

The latest to jump on this runaway train is Bristol born and bred Pieminster. Sadly the pies aren’t bottomless (the only place that did bottomless food, Brace & Browns eventually stopped this) but the bubbles, bloody marys and Aperol spritz are. If you want an idea of the menu I covered this earlier this month so I will dive right in.

The bloody marys were pretty bland which was a shame as they’re my favourite brunch tipple but the prosecco did the job and the staff were great at keeping an eye on emptying glasses. My pastry hating companion went for the breakfast skillet, named the Wild Brunch, there was luckily nothing too off the wall about it! A hot cast iron skillet was presented packed with plenty of sausage, bacon and potato hash, a poached egg and some toast for dipping. A proper good rib-sticking option for those looking to line the stomach.

I and my other companion went for the Morning Glory pie which again was packed full of sausage, bacon, cheese, bechamel sauce, an oven-baked egg and topped with potato hash. On slicing the pie, the egg released its thick, orange yolk onto the plate and I could barely conceal my squeals of delight! The pie itself was delicious, though the bechamel sauce did drown out of a lot of the other flavours, the Pieminster own spicy tomato sauce cut through admirably.

An hour and a half was up almost in no time at all and we left nicely toasted. At £20 we felt we got our money worth. I would perhaps suggest a bit more food to be served, maybe something nibbly for the table or a larger side than the beans just to make sure that alcohol isn’t sloshing around in an empty stomach, there was certainly a chap that looked a little worse for wear before we left.

Took book your bottomless brunch, head to their website and get involved!

*Please note two of the three brunches were offered free of charge and this in no way impacted the review. Pieminster did not see the review before posting*