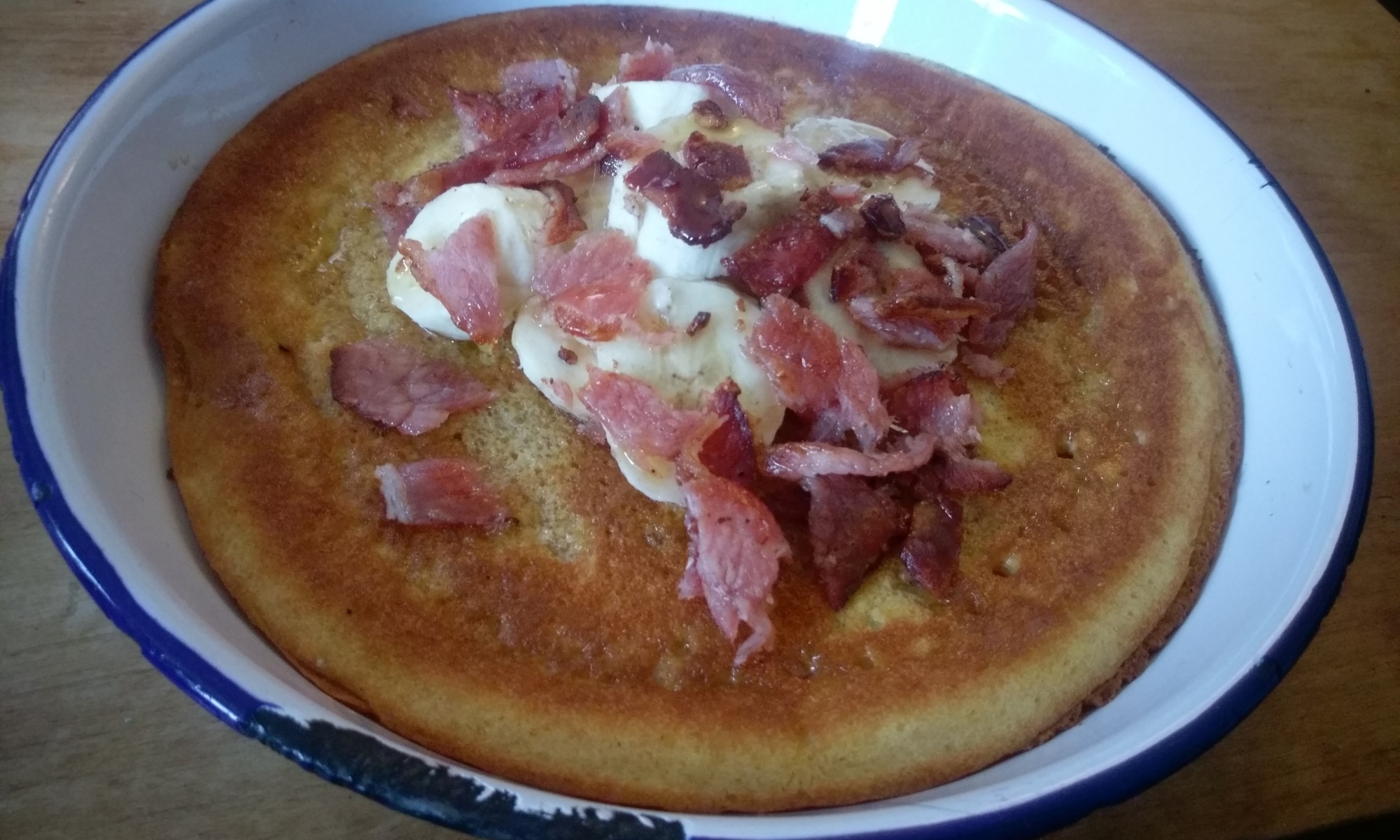 Its not often I thank Martha Stewart for much, anything she does with Snoop Dogg (Snoop Lion? Did he change back? I refuse to keep up) makes me cackle and she does a blinding One Pot Pasta but other than that, she isn’t someone on my radar.

However, as a fan of those video recipe sites on Facebook (think Tasty by Buzzfeed) I realised they had totally ripped off a recipe from Martha herself, the oven baked pancake.

Ha, literally have a blog post in my draft folder pointing out they ripped off Martha Stewart https://t.co/GOdqlIJLqe

Now hands up who loves pancakes but hates making them, flipping them, putting them in the warm oven to stay warm but they end up a bit sad…? I do. Why should i stand at a stove on a weekend morning putting all this effort into what is really a fried cake acting a a vessel for bacon and syrup? 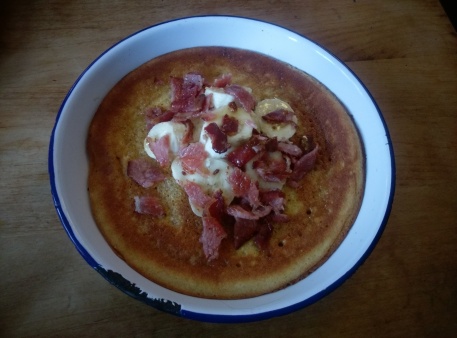 Cut out the faff, grab the skillet and follow my recipe for one big, oven baked pancake that comes with a gorgeous crust and far more surface area for toppings.

Pop the oven on to about 180c and put the skillet in to warm.

Mix your dry ingredients first, then add the wet and whisk until the lumps are all gone

Put your mix to one side, retrieve the skillet (GLOVES ON) and add a tablespoon of butter to melt. Spread around and then carefully pour in your mixture.

At this point you can add chocolate chips or fruit if you like, Martha likes blueberries and shes’s the USA’s Delia Smith so she might be on to something.

Pop the skillet back in the oven and cook for about 10minutes. Keep an eye on it and don’t be afraid to take the skillet out to check, i popped a knife in mine after about 7/8mins to check it was good.

Once cooked you can either transfer the pancake or eat right out of the pan.

My fave topping is crispy chopped bacon, banana and maple syrup but the world is your oyster! 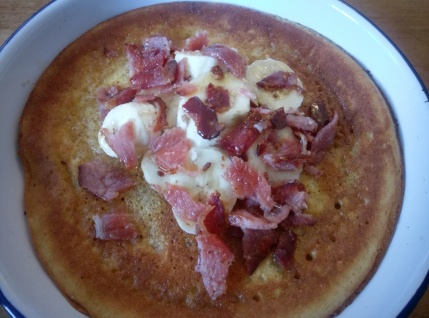